2014 has been another busy year for real estate on Lake Winnipesaukee. Each town on the lake has seen values remain strong with the highest sale ever on the Lake happening in Wolfeboro at 144 Springfield Point Road. This was the home that was previously rented by President Sarkozy of France. Below is a brief description of the top 5 sales to date this year.

The 5th highest sale of the year was at 50 Iroquois Lane in Moultonborough. Closed price was $2,495,000. This home was 8,077 square feet with 7 bedrooms and 9 baths on 2+ acres. Built in 2001 in the Iroquois Lane development which has only six very high end homes on large waterfront lots on Lake Winnipesaukee. 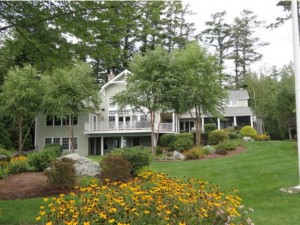 The 4th highest sale of the year was at 55 Banfield Road in Tuftonboro. Closed price was $2,800,000. This beautiful home was a true original 1910 vintage lake house that had been restored and updated very tastefully and has 3638 square feet of living space with 5 bedrooms and 3 baths. The home was on the market for only 11 days and was sold fully furnished. 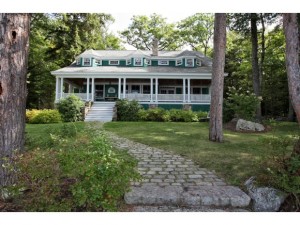 The 3rd highest sale of the year was 64 Wagon Wheel Trail in Meredith. Closed price was $3,150,000. This Adirondack inspired home had been on and off the market and had been gone through numerous price reductions. Originally the home was on the market for $3,995,000. The home has 7613 square feet of living space with 6 bedrooms and 7 baths. Built in 2008 by Jason Drouin on Meredith Bay for an end user. The home is located only 5 minutes from downtown Meredith. 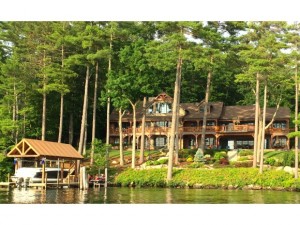 The 2nd highest sale of the year was 8 Foxwood Way in Tuftonboro. Closed price was $3,700,000. This Winnipesaukee estate parcel had a original 1935 house, boat house and guest cottage on 98 acres with 822 feet of pristine waterfront. More than likely the land will be developed into smaller lots or will be home to a new construction estate with great privacy. Very few large parcels of this size come on the market these days on Winnipesaukee. 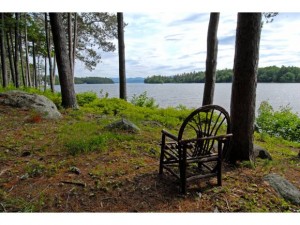 The highest sale of the year was 144 Springfield Point in Wolfeboro. Closed price was $8,975,000. Lakeside Manor was a true Arts and Crafts masterpiece with amazing attention to detail. The home had been featured in numerous magazines and television shows. It had been certified by the secret service for French President Sarkozy who rented it during the summer of 2007. Feature included a 3 bay boathouse, wine cellar, 15 seat theater, sandy beach, top notch security and whole house audio system. You have over 17,300 square feet of space with 8 bedrooms and 11 baths on over 7 very private acres. 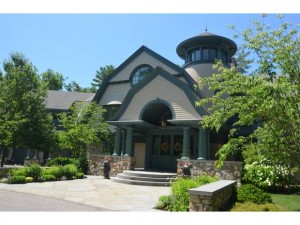